Back in Sorrento, from April 13th to 17th 2016, the "Sorrento Cinema Meetings", on Mario Gargiulo's, Sorrento Event Alderman, and Antonino Giammarino's, executive of the events and culture sector, who designed the new event format, initiative. Four days to revive a historical Sorrento event with a new formula, proposing close languages and genders examinations. Three locations: the Tasso cinema, the St. Francis cloister and the Town Hall and a different theme every year. The 2016 Sorrento Cinema Meetings will be devoted to the "crime", connected both to the small and to the big screen.
Among the guests, the directors Francesca Comencini, Edoardo De Angelis, the Manettis Bros; the actors Alessandro Borghi, Greta Scarano and Giulia Bevilacqua; the writers Maurizio De Giovanni, Giancarlo De Cataldo and Sandro Dazieri. Every year, besides, a house of production will be entertained. For this "edition zero", it will be Cattleya cinema society's turn, founded by Riccardo Tozzi. 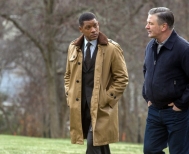 The program will begin on Wednesday 13th April at 5 p.m., with the national preview of "Criminal" by Ariel Vromen with Kevin Costner, Gary Oldman and Tommy Lee Jones. It will follow, the next day, "Zone of shade", a film by Peter Landesman and with Will Smith, inspired to the true history of the physician that made to tremble the Nfl the National Football League with his discovery. It will be the turn on Friday April 15th of the "Case Freddy Heineken", by Daniel Alfredson and with Anthony Hopkins, on the famous abduction of the heir of the family owner of the Dutch beer. Finally it will be the turn on Sunday April 17th, of "Code 999" by John Hillcoat with Kate Winslet and Casey Affleck, crime-action on the corrupt police of Atlanta and the Russian mafia. 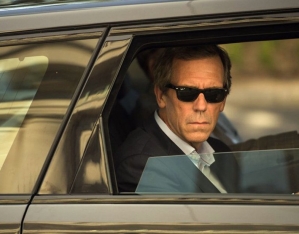 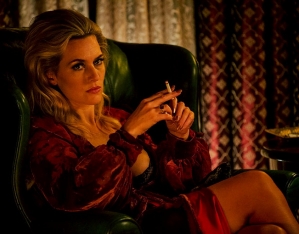 The previews also go on with TV series. Beginning with the screening of the first two episodes of "The Night Manager", of the Danish director Suzanne Bier, on the air on Sky Atlantic from April 20th on. Then the third episode of "The case Or.J. Simpson: American Crime Story" (Fox Crime) and "The System", registered fiction Rai, directed by Carmine Elia, with Claudio Gioè and Gabriella Pession, on air on channel Rai 1 from April 18th on.
For the retrospective "Nerocampania" there will be the TV series "Under Cover" and "The New Squad" In the playlist also the films "Perez" by Edoardo De Angelis and "Song 'and Napule", by Manettis Bros.

The event is produced by Cineventi srl, in collaboration with the Film Commission Regione Campania, and submitted to the artistic direction of Remigio Truocchio. The meetings and the screenings have free entrance. For the evening performances it is necessary an invitation.

Here is the event program:

TASSO CINEMA, 10.30 p.m.
NEROCAMPANIA - RETROSPECTIVE
PEREZ
Directed by Edoardo De Angelis, with Luca Zingaretti, Marco D’Amore, Simona Tabasco
(for kind permission by O’Groove Production )
Present in the hall the director and the producer of the film

TASSO CINEMA, 5.30 p.m.
NEROCAMPANIA – MEETINGS
SET CAMPANIA – 2nd part
THE CRIME PRODUCTION MADE IN CAMPANIA BETWEEN CINEMA AND TELEVISION
Meetings with the directors and the protagonists of:
The bastards by Carlo Carlei
The Hawks by Tony D’Angelo